Breakups are difficult, especially when you’re the one being broken up with. We think life is great and untouchable, then out of nothing, we’re single and unloved once again. People will say things like, “don’t worry about his/her approval” and “you can do way better” but all you want is that specific person’s attention and love.  This is why it takes time to get over heartbreaking separations. When we analyze the case of California-born NBA superstar Kawhi Leonard and his relationship with the Raptors, it was like getting pushed into a date with someone you don’t want to be with, while they’re utterly obsessed with you.

I know that kind of love can seem dorky and annoying, however for what it is, it is unique. Sometimes this version of “attached” love, facilitates the breakup but other times it causes a reaction, almost a change in heart for someone in the relationship, and the whole thing becomes real. This was almost the case when the Toronto Raptors nearly re-signed Leonard, only for him to leave the city and go home to LA where he will play for the Clippers on a 3-year deal with only two years of guaranteed play. 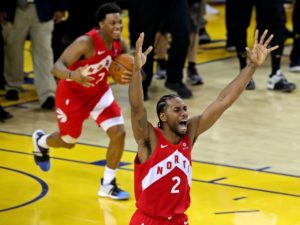 We love and adore everything he did for our city and organization, but the notion he did it completely by himself is overstating his (hard to overstate) greatness. What he did do however, was put the Raptors in a very peculiar position after a championship season. The fans are in complete disarray and heartbreak, at a time they should be celebrating and bragging to others. This is the unfortunate reality of Toronto sports. A little bit of success in a world of turmoil, is followed by the departure of our best player.

Its unequivocally fact that Kawhi owes nothing to anybody that isn’t him and his family, but I still blame Leonard for one thing. The fans of this city took him in, adored him and eventually made him the King of the North. This was followed by multiple campaigns both publicly and privately to motivate the quiet King to stay put in his kingdom. He giggled at the “stay” chants and smiled when someone often asked if he was returning to Toronto, however when the chips fell and the game was played, Leonard was simply leading us on.

I’m not upset with the reigning Finals MVP for using the Raptors in free agency, just to get the Clippers to trade for another star. Im annoyed at the fact he never acknowledged the effort, love and appreciation the fans showed to him. He never thanked them wholeheartedly for their support and ability to make him feel “at home”. He didn’t even say goodbye. He flew in and out of the city in private and hasn’t released a single statement since his departure. Again, the star forward owes nothing to Toronto, but all. the work and time that regular folks put in to try to convince him to stay, deserves acknowledgement and respect. However, as the saying goes, “you can’t teach an old dog new tricks”. 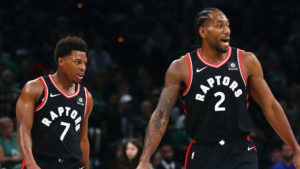 Leonard made up his mind in June 2018 that he wanted to play in Los Angeles and there was nothing that could change his mind. Mountains were moved and the impossible was reached, all behind the #HeStay campaign. We reached for the stars because we felt we had superman himself. Nothing though, was enough for the 2-time Finals MVP, as he packed his bags and remaining things, and set-off for Los Angeles.

As a boy, my mother would always remind me to be grateful for the things and “be careful what you wish for”. This of course is something we all ignore, only to be hit with hard lessons. Leonard told us he prayed “everyday” when he was in San Antonio to be blessed with the best situation possible for him. He landed in Toronto. It may seem like I am being biased and to a degree I am, however it’s going to be unravelled within the next 2-3 seasons why Leonard made a mistake. Perhaps not a great mistake, but a mistake nonetheless.

Toronto and Kawhi were a match made in basketball heaven. Two unique and misunderstood stories that were placed together without asking, and produced absolute GOLD. From the stories and the team, to the organization and even the logo (which has a claw), the Raptors fit Leonard’s style. But the former King of the North left all that behind to begin a new chapter with the Clippers in LA. Ultimately, I won’t be able to determine whether its a successful move or not, only time will tell. But there is no question that if things don’t go as planned in LA, the quiet King will undoubtedly be questioning his decision making and in particular the decision to leave Toronto for LA. We wish GREAT health to Kawhi Leonard, but not great success. As Freddy said, “I guess we’re just going to have to kick his ass next year”.