Home > News > Uncategorized > The Toronto Maple Leafs Are a Joke

The Toronto Maple Leafs Are a Joke 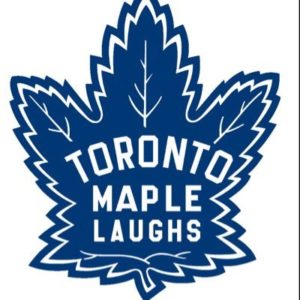 This headline may be too rough on the team or straight up insane. But after last night’s game, they proved it themselves.

The Leafs hosted the Carolina Hurricanes last night after winning 4-0 against the solid Pittsburgh Penguins on Thursday. They lost 6-3, were outshot 47-26 and lost to an emergency goalie who is employed by MLSE. Embarrassing to say the least. This is a game where it doesn’t need to be explained, just need to know the outcome. The NHL refs are jokes as well if you haven’t realized that yet. They called a 5 minute major and game misconduct on Clifford after this incident which was caused by Mrazek 100%. They then reversed the call to a 2 minute charging. There wasn’t supposed to be a penalty to start with. Here’s the whole incident. Ayres ends the game saving the rest of the shots against him and tallying his first NHL win engraving his spot in the history books to be the first emergency goalie to record a win ever. Very happy for him.

It doesn’t bother me that they lost. It bothers me that they say they have pride and respect the maple leaf crest, but come out and do the opposite. It’s not just that, they’re probably the most inconsistent team on the face of the Earth. They played with heart and played like a real contender on Thursday, shutting out Pittsburgh. Then they come and play like this. The Leafs do not deserve to make the playoffs if they think playing like this is okay.

This video by Steve Dangle sums up most of Leafs Nation’s reaction last night.