The Coronavirus, now properly known as COVID19 was announced as a pandemic recently. With the ever growing fears, cases and deaths. It was inevitable that major sporting leagues would be affected.

The NBA had decided to suspend it’s season after Jazz All-Star Rudy Gobert had been tested positive for COVID19. Teammate Donovan Mitchell had also contracted the virus. Teams and their staff that had recently played the Jazz, such as the Raptors are currently in quarantine and are awaiting test results. 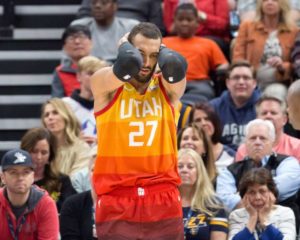 AHL, ECHL, and all CHL leagues suspended their season too.

As the day progressed, and more leagues announced their suspensions/cancellations, the Government of Ontario announced that they had ordered school boards to cancel all elementary and high school classes for 2 weeks after the March Break week. This also included in sporting tournaments that were scheduled if that hadn’t been cancelled already. Colleges and Universities still remain open with the exception for a few late announcements.

March 12th, 2020 will always be remembered as the day the world stood still.

The decision to suspend the season in each respective sport was the right call and a logical one to make. As the summer and warm weather is near, the virus is expected to exponentially decrease to half life where we will see numbers in cases fall and hopefully we will make progress in finding a vaccine.

May God be with us all.