On Friday the 13th, out of all days, Darren Dreger of TSN out of no where tweets that Marner and the Leafs appear to be close on a new deal. An hour later, multiple Toronto sports outlets announced the signing of Marner. He signed a 6 year deal that would carry a yearly AAV of 10.893M dollars. 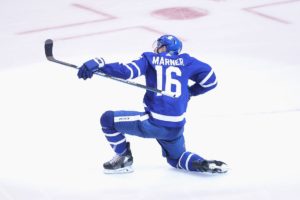 Marner, 22, had came off his ELC this past July, in need of a new deal.

Marner and his hard bargaining camp were eager for a 3 year bridge deal that would carry an expensive AAV of 8-9M dollars. The Leafs were looking in the range of 6-8 years at the same AAV. Both camps continued to talk until this past week where things really started to heat up.

It was reported by multiple NHL insiders that Marner had rejected an 11M AAV on a 7 and 8 year deal. This, no doubt made Leafs fans angry and pissed off to say the least.

Marner’s reason of signing was that he wanted to be a Leaf for a long time and also didn’t want to miss any of training camp and preseason games since he saw what that would do to a player, as his teammate William Nylander endured that last year.

This contract is what most fans should have expected. Marner and his camp were never going to cave in. The problem is that, Marner had next to none leverage over the Leafs. Kyle Dubas failed to use his leverage to get a more team friendly contract.

All of the business talk for our core is finally behind us for the next half decade, now the real process starts. Stanley Cup contention.