Couple of news bits out of the hockey world as training camp and the preseason nears.

Early reports from TSN and various NHL insiders reported that the camp of RFA forward Mitch Marner had spoken to the Swiss team, ZSC Lions to get some practice time with the team in case contract negotiations pass training camp. Good to know that Auston Matthews played for the Lions before being drafted to the Leafs.
My take on this is that Marner’s camp is using it’s final “scare moves” and this announcement means nothing. It’s what agents do when negotiations are stalled. I believe the Leafs offered the best offer, and Marner and his camp are taking their sweet time. We’ll see as things progress into September. 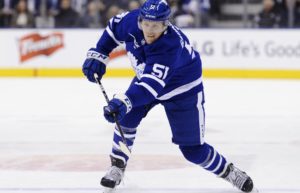 Former Leaf Jake Gardiner was said to be one of the first free agents to go in July. It’s August 20th, and nothing has happened for him. It was reported by David Pagnotta that Gardiner is indeed holding out to see if the Leafs can still fit him. At this point, it’d cost a set roster player. If Kyle Dubas really wanted Jake Gardiner back, he should trade Cody Ceci and his 4.5 million cap hit.

I’ll have more to post on these topics once things get heated again.