Home > News > Sports > Is Kawhi The Greatest Raptor Ever?

Every individual sport has its own wave of energy that flows 24/7, and factors such as free agency, trades, waivers, coaching and managerial decisions, as well as moments that are created on the hardwood/pitch, are all components that shift or move the wave-length of energy. This is what makes sports appealing on and away from the physical games. Sometimes we’re fed the same generic energy that we’ve often felt like LeBron making multiple Finals’ in a row or Golden State stacking their chips to the point you refuse to even watch the NBA anymore. However select times the narrative will shift in a unique way. Stars will suddenly align and a new story is told, fresh and new.

We as the fans, starve for these new innovative stories in present-day sports, where categorical dominance has been present across the board, especially recently in the NBA. In June 2018 when Leonard requested a trade from San Antonio, a seed was planted by the basketball Gods that would grow to create one of the greatest stories of happiness and heartbreak, in sports history. I know that sounds a bit cheesy but just try to grasp (as hard as it is) how big it was for Kawhi Leonard to be the driving force behind the FIRST team outside of the United States to win an NBA title and it was done against an all-time great dynasty. 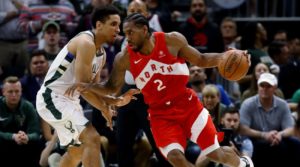 Kawhi averaged career highs across the board and was absolutely ballin’ whenever he was on the court. He topped a phenomenal regular season that earned him all-star honours with one of the greatest individual postseason in NBA history, only eclipsed by Michael Jordan and LeBron James. He came from San Antonio, waiting to go to Los Angeles, yet we loved him anyway. He won our hearts and we (as anyone would) gave him all of our attention and support. Kawhi Leonard is the greatest player to ever play for the Raptors and that much is certain. He produced more “big moments” in one season than most have done in years. He took the bar and set it multiple levels higher and was the driving force behind our entire push. However I will also say that Kawhi is NOT the greatest Raptor ever, that title belongs to Kyle Lowry.

For those that are not aware of the difference, allow me to enlighten you. Leonard is undoubtedly the best individual talent and player to grace the Raptors. He is a fantastic athlete but being the greatest Raptor or even one that deserves a jersey retirement, demands more than just one year of service. Some may argue that the championship confirms it, I argue greatest Raptor should not only be judged on your individual talents but also on your commitment to the city and organization. Lowry has been the leader of this team since 2014 when we were bounced out against Brooklyn and he will be remembered as the greatest Raptor ever, followed by DeMar Derozan. 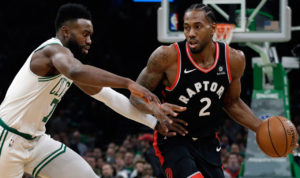 Im salty but overall I appreciate every single moment Kawhi was here, even more now that I know he never wanted to be here, even for a day. His lack of interest in the city and organization, as well as his failure to budge from his original stance from the summer of last year are eye-popping reasons why I will never consider him as the greatest Raptor ever. Without a doubt he reigns as the most talented and gifted, but if the Raptors win other titles, he will be “Kawhi Leonard the fantastic player from LA that came to Toronto that one year he was exiled and won us a championship”. Either way, he will certainly not secure that title, as he has not earned it. He has pulled the wool over our eyes many times, however that will not be the case with this subject.